Muskrats (Ondatra zibethicus)
This Native species of North America is a medium-sized rodent with a bid effect on the ecology of wetlands. The muskrat is anywhere from 16 to 28 inches long, much smaller than the beavers with whom they share their habitats with. They are covered in a thick dark fur made up of two layers to protect them from cold water. They can swim underwater for 12-17 minutes as their bodies are not as sensitive to the buildup of carbon dioxide the way most mammals are. Their tails are the main means of propulsion for them when swimming.
Muskrats can be found in streams, ponds, lakes, marshes or wetlands. They feed on cattails and other aquatic food, as well as freshwater mussels, frogs, crayfish, fish, and small turtles. They are most active at night and do not hibernate over the winter but remain active year-round. Because of this, they have been known to eat the insides of their nests as a source of food in the winter.

Muskrats live in family groups consisting of one male and female and their young, called kits. Spring is filled with fights over territory and new mates, leaving many muskrats injured or killed in these fights. Muskrats build nests to protect themselves from cold and predators. If they are living in a stream, pond, or lake, they will burrow into the bank with an underwater entrance. In wetlands however, they build push-ups from vegetation and mud, up to 3 feet high. Muskrat females can have 2-3 liters of kits each year of 3-10 kits in each litter. Depending on the climate, they will mature in 6 months to a year. Muskrats communicate by musk or smell. 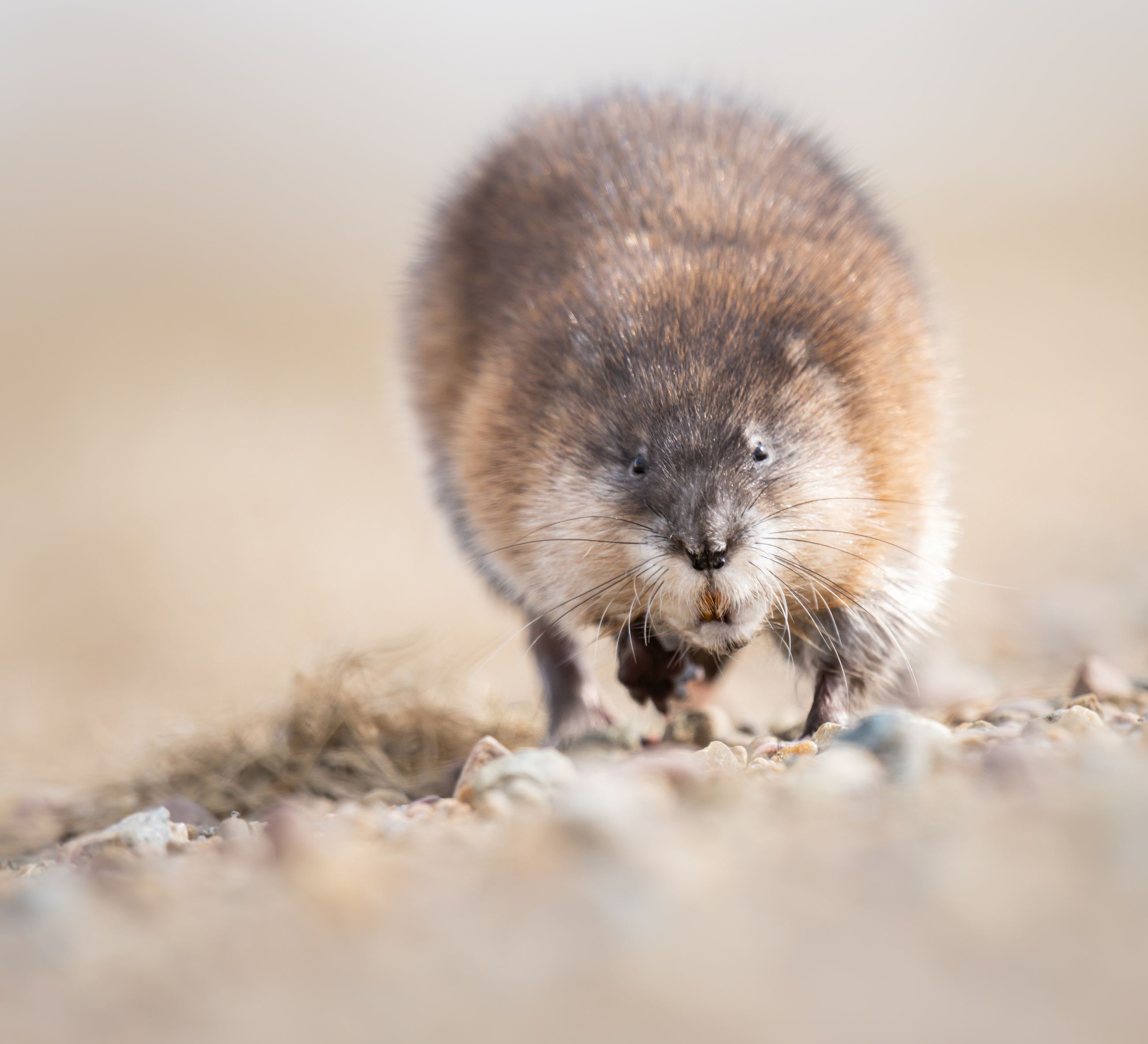 The population of muskrats in any given wetland is cyclic, or grows and declines in cycles. As the population in an area grows, the rate at which the plant matter is eaten out may exceed the growth rate of these plants. When this happens, it causes the muskrat population in the area to starve and the population crashes. Within a couple years, the cattails and other plants will reseed in the marshland and dispersing muskrats from nearby wetlands will repopulate the marsh, starting the cycle over again.