Zebra mussels attached to a native mussel These tiny mollusks (about the size of a fingernail) are an incredibly invasive and damaging species. Brought to the Great Lakes in the ballast of ships from Western Europe and Russia in 1988, they have spread like wildfire through the Mississippi river basin and beyond. A female Zebra Mussel can produce 100,00-500,000 eggs a year. These eggs develop into free-living larvae, called veligers. These veligers are microscopic and transfer easily which is this species has been sweeping across more and more habitat, spreading across the country. After 3-4 weeks as veligers, they attach themselves to everything by bissel threads, including native mollusks, preventing them from being able to open and close, which starves them to death. They will also attach to boats, docks, aquatic plants, intake valves and anything else in the water, causing many problems from cut fishing lines, stopped motor, and clogged intake valves. The Zebra Mussel is a filter feeder, with the ability to filter great amounts of algae and plankton out of the water. This can be a problem, as other species that rely on these algae and plankton for food are forced to compete much harder for food. The increased water clarity resulting from the feeding also makes great changes to the habitat, increasing pressure on the native species. 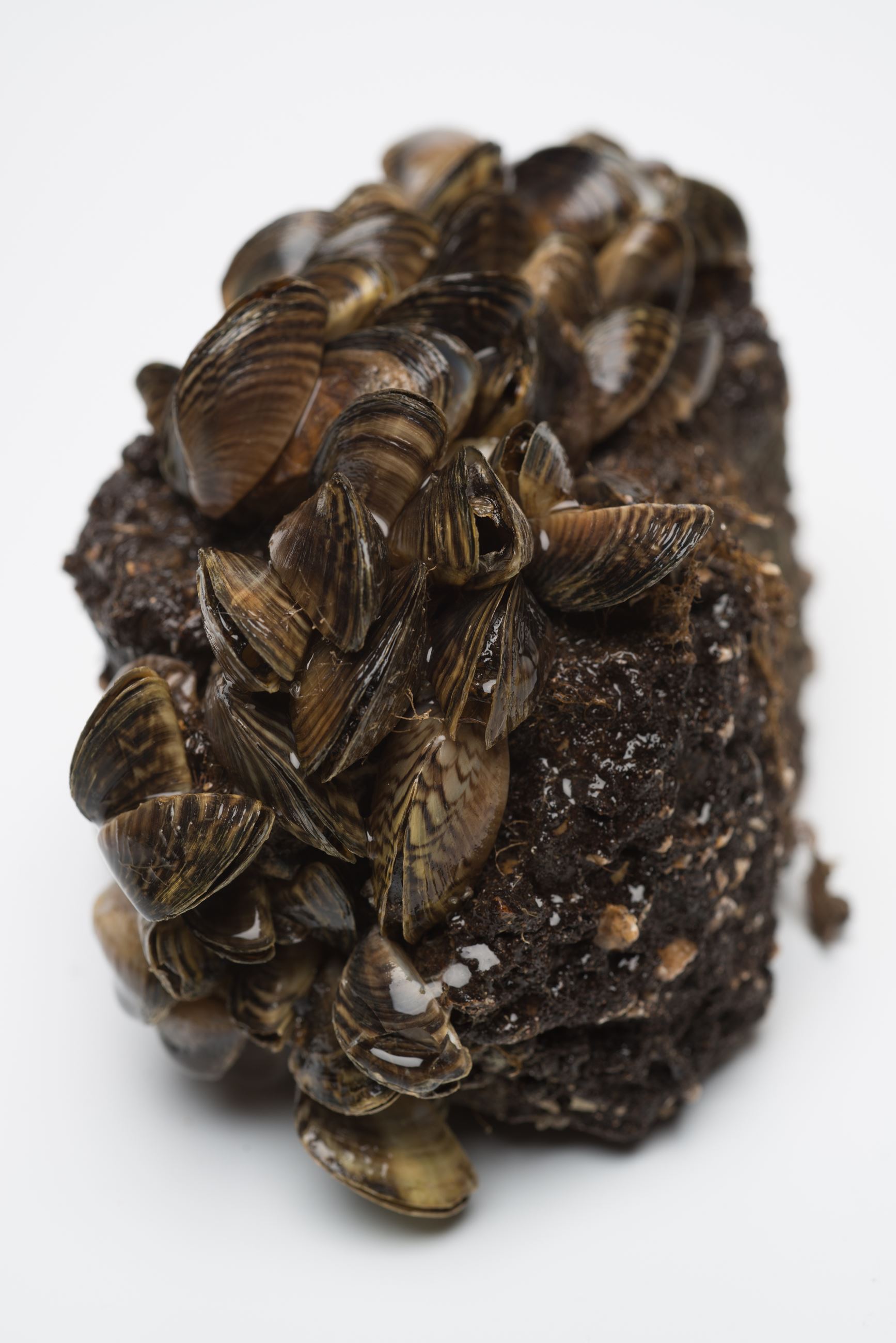 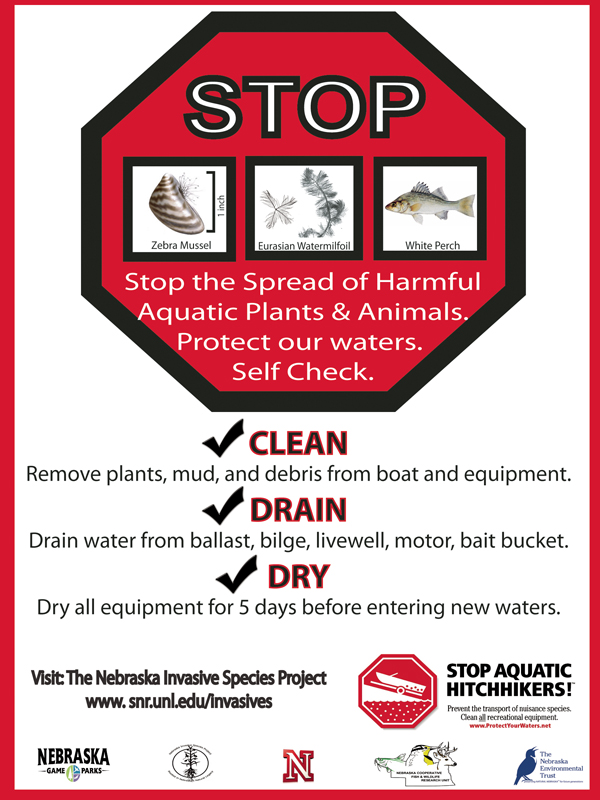 To prevent the spread of this highly invasive species, check all equipment removed from waters that are known to be invested, do not transfer bait between bodies of water, and make sure your boat is dry before moving it from one body of water to another. For more tips on the prevention of spreading Zebra Mussels and other invasive species, please see the links below.