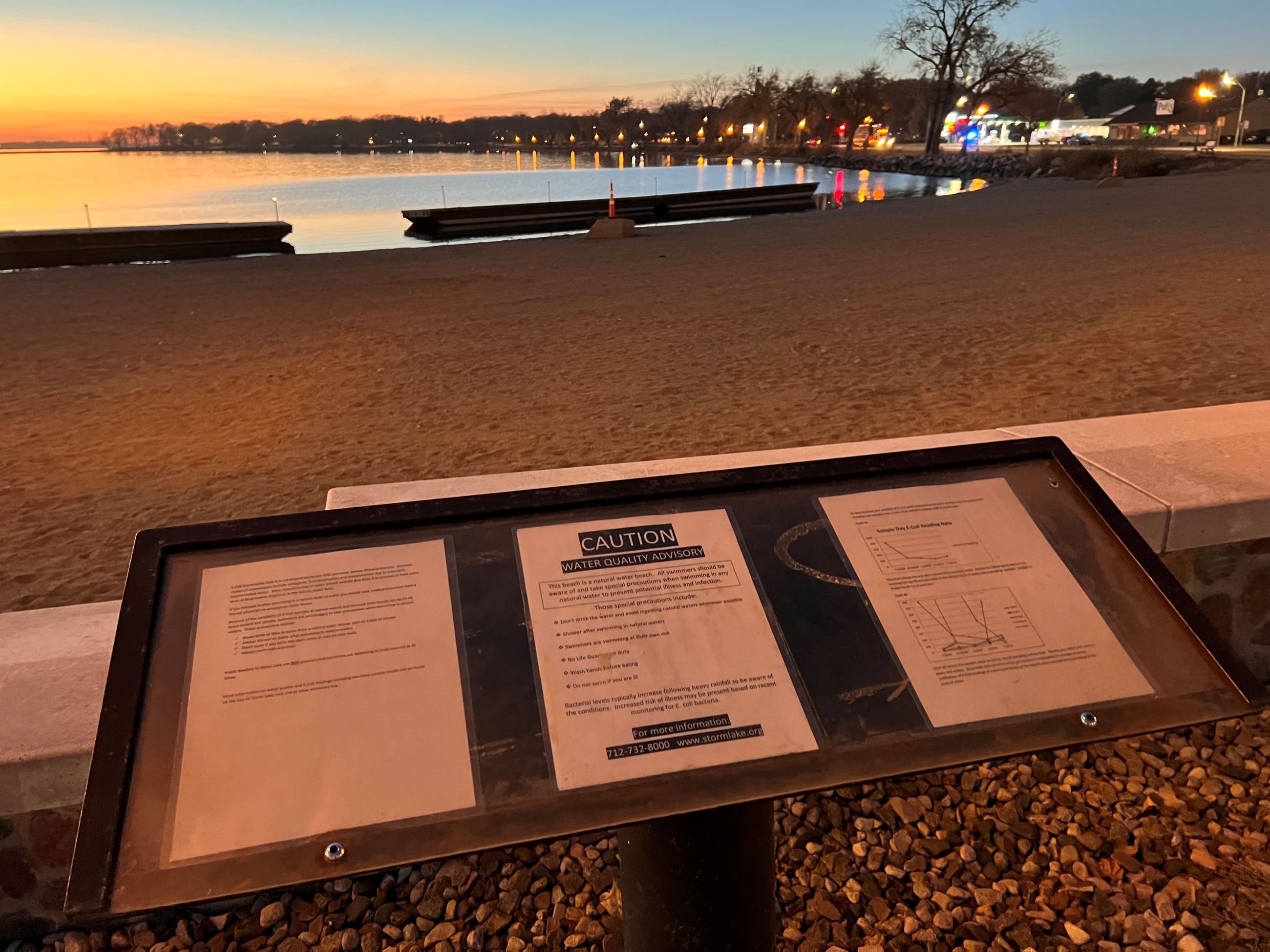 The City of Storm Lake in partnership with the Iowa Department of Natural Resources does regular water quality sampling at the City's beaches to provide citizens and visitors with information to help them make an informed decision when recreating in and around beaches located on a natural body of water.

It is the goal of the City to provide the public with a healthy beach in which to enjoy; however, beach goers should remember that while testing is done regularly the test results are always 24-48 hours old when we get them and that conditions can change hourly on natural bodies of water. Because of this beach goers are encouraged to always use caution and to follow the general health and safety guidelines (see below) when using any beach located on a natural body of water.

To help ensure the safety of beach goers we recommend that you always take the following precautions when swimming in and around natural bodies of water including Storm Lake.

If you become ill after swimming in a natural body of water you should seek medical treatment from a licensed physician or emergency room doctor.

Beach goers should also note that beaches on Storm Lake are NOT guarded and swimming in these locations is done at your own risk at all times.

Excherichia Coli, commonly called E-Coli, is a rod-shaped bacterium that can cause serious illness in humans. Common routes of transmission include unhygienic food preparation, and contamination due to manure in contaminated water.

Since natural bodies of water attract animals, espeically birds it is common to have some level of fecal matter (manure) in a natural body of water. When levels of manure reach higher levels the level of E-Coli found in the water can rise and the risk of illness increases.